Whether you're looking for an independent contractor, a remote team member, or a full-time employee in

, Workpay can help. Say goodbye to worrying about local laws, complex tax systems or managing international payroll. We take care of it all in over 50 countries. 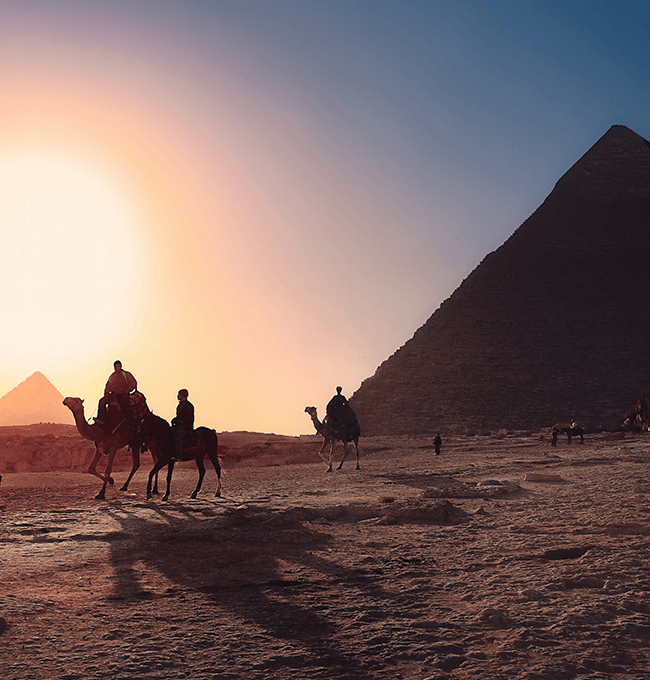 Hire employees in
This is some text inside of a div block.
, hassle-free

With Workpay, your business can easily hire employees in

.
No more worrying about local laws, complex tax systems or
managing international payroll. Workpay takes care of everything
in 150+ countries.

Egypt's economy is the third-largest economy in Africa and the fourth-fastest-growing GDP (excluding countries having small GDP). The country has a thriving tourism and entertainment sector, thus, it experiences high international visitor inflows, commerce, and logistics growth.

Agriculture was the most important source of employment in Egypt as of June 2020, accounting for up to 21% of all employed Egyptians. Construction and building, wholesale and retail trade, as well as manufacturing industries are second, third, and fourth, respectively, with 14%, 13.4%, and 12.5%. The scientific and technological activities, as well as the electrical industry, accounted for the least percentages of total employment.

The national minimum wage is EGP 2,400 per month.

Payroll in Egypt is done monthly; on or before the 5th of the month.

Resident companies are taxed on worldwide income. Non-resident corporations and partnerships pay tax on income derived from their permanent establishments (PEs) in Egypt.

The corporate income tax (CIT) rate in Egypt is 22.5% on the net taxable profits of a company.

The above rate applies to all types of business activities except for oil exploration companies, whose profits are taxed at 40.55%. In addition, the profits of the Suez Canal Authority, the Egyptian Petroleum Authority, and the Central Bank of Egypt are taxable at a rate of 40%.

Annual leave is pro-rated to the length of service for employees who have been with the company for less than a year but not fewer than 6 months.

Female employees who have worked for ten months consecutively are entitled to 90 days of paid maternity leave and 45 days after the birth of a child. Maternity benefits are paid at 75% of the full wage. Employees are entitled to two periods of maternity leave over the course of 5 years in their employment. Women who have just given birth are entitled to two half-hour breastfeeding breaks each day, or one cumulative hour-long break, for the first 24 months after the birth of each child.

There are no legal provisions for paternity leave.

If an employer terminates a fixed-term employment contract at any time, the employee is entitled to the full wage. If an employer terminates an indefinite-term employment contract without justification, the employee is entitled to compensation of no less than two months' full salary for each year of service, in addition to benefits such as earned leaves, bonuses, and so on.

Severance compensation is not required under Egyptian labor law except in circumstances of unjust termination. If an employer terminates an indefinite contract without justification, the employee is entitled to two months’ salary for each year worked. An employee is entitled to any remaining remuneration provided under the contract if a fixed-term contract is terminated unfairly before it is intended to expire.

Employees in Egypt are usually hired after a period of probation. The length of the probation period is determined by the contract but it is limited to three months by law.

Ready to get started ?

Workpay streamlines the growth of remote and international teams